They were stopped for speeding in the Keys. Then police smelled something fishy

They were stopped for speeding in the Keys. Then police smelled something fishy 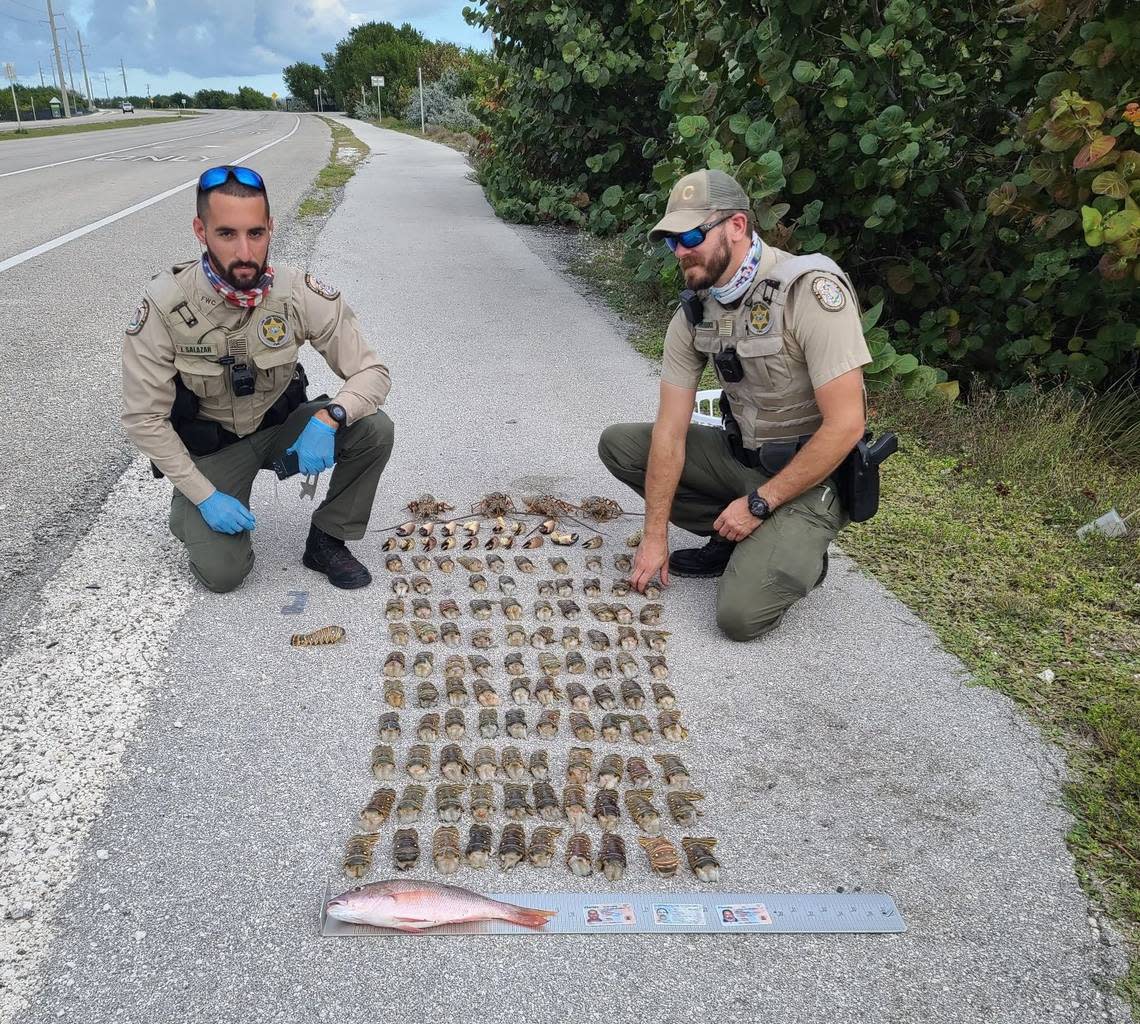 Two commercial fisherman from the mainland were jailed Thursday after police said they were caught in the Keys with a haul of illegal seafood that started with 100 undersized wrung lobster tails.

Osvaldo Hernandez, 65, listed as a seafood business owner in Fort Lauderdale, and Vladimir Medina Martin, 43, of Miami, were each arrested on a felony charge of taking 100 or more undersized lobsters.

“Anything over 100 is a felony,” said FWC Officer Bobby Dube. “It’s a great bust. It’s been awhile since we’ve seen numbers like that.”

Hernandez and Medina Martin were taken to the county jail on Stock Island.

On Friday, Hernandez remained in jail on a $30,000 bond while Medina Martin was locked up on a $75,000 bond, according to jail records.

At about 3:30 p.m. Thursday, a Monroe County Sheriff’s Office deputy stopped a white commercial van at mile marker 37 on U.S. 1 near Bahia Honda State Park for speeding, following too closely and failure to yield the right of way.

The deputy could smell fish as he approached the van, which Hernandez was driving, and called FWC for backup, the sheriff’s office said.

Hernandez told the deputy he could look inside the van, police said.

An FWC officer arrived and noticed the lobsters and crab claws inside the van seemed to be on the smaller side.

Officers then measured all of the seafood.

“The investigation is ongoing and additional charges are pending,” Dube said. It was not immediately clear if the men had retained attorneys.