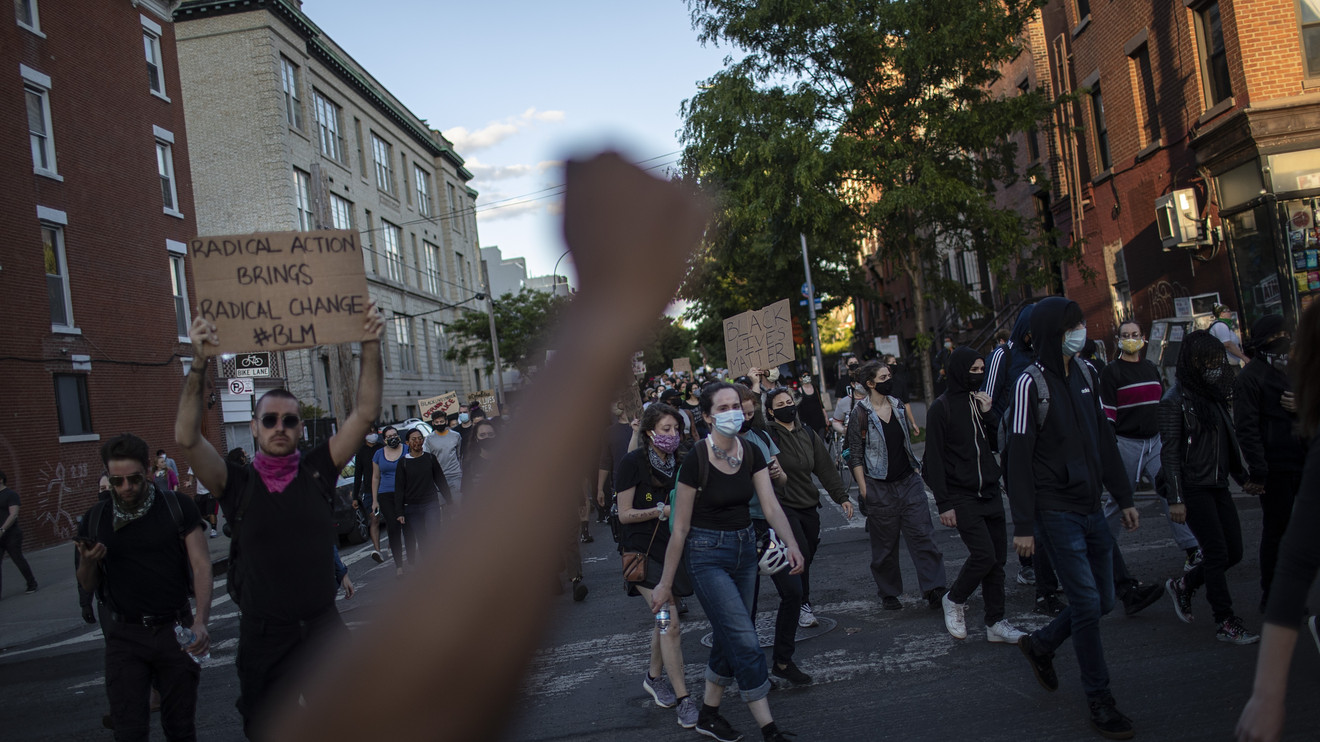 U.S. stock-index futures bounced around in thin trading early Monday morning, amid violent protests that reverberated throughout the country.

The clashes between police and protesters come while the U.S., and much of the world, is in the throes of the coronavirus pandemic that has rocked the domestic economy to its core.

What are stock benchmarks doing?

A series of protests erupted across major cities from Los Angeles to New York after George Floyd, a black man, died last Monday following a confrontation with police in Minneapolis in which one officer, Derek Chauvin, was captured on video driving his knee onto Floyd’s neck until the handcuffed man lost consciousness and later died.

Angry clashes between civilians and law enforcement, including fires near the White House, aren’t expected to have long-term economic implications, but the protests come as many retailers and businesses are still swooning from the pandemic and were caught up in looting and vandalism that ensued during the weekend demonstrations.

“The direct economic impact of the protests is small, at least so far,” Mark Zandi, chief economist of Moody’s Analytics, told MarketWatch. However, he said that the near-term damage to the psyche of consumers and the business community may be more substantial.

“Just when people were starting to come out of the proverbial bunkers, the protests may be too much for them, and they will go back in,” he said. “The protests are also symptomatic of just how deep the economic problems and racial tensions go in our country,” the economist said.

Experts also worry that the throngs of people gathering may also result in a jump in cases of COVID-19, just as public health officials hoped they were getting a handle on the viral outbreak.

“It’s a triple whammy of protests, plus raging pandemic, plus economic instability. Those three things together make for a perfect storm of viral transmission,” Peter Chin-Hong, an infectious disease specialist at the University of California, San Francisco, was quoted as telling the Wall Street Journal.

However, the market may take heart in the fact that states continue to unlock their economies from measures implemented to stem the spread of the deadly disease. All 50 states are under some stage of reopening from forced shutdowns due to the pandemic.

Meanwhile, President Donald Trump’s actions against China were viewed as less confrontational than had been expected. The president on Friday announced a number of measures to censure China’s crackdown on Hong Kong’s independence, including plans to withdraw funding from the World Health Organization, but he fell short of withdrawing from a phase-one trade agreement or issuing sanctions directly against China.

Upbeat economic data from China may also bolster the market’s mood. The Caixin China manufacturing index was at 50.7 for May, compared with an April reading of 49.4. A reading of 50 or better indicates improving conditions, while those below that level signal contraction.

The data suggests that China, where the novel strain of coronavirus originated in Wuhan, may be showing signs of improving.

Looking ahead, investors will be watching for domestic economic data, including Markit manufacturing PMIs for May due at 9:45 a.m. Eastern, and the more closely followed manufacturing index at 10 a.m. from the Institute of Supply Management. A reading of construction spending for April also is due at the same time.

Which stocks are in focus?